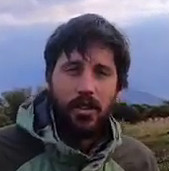 To study the benthic biodiversity (richness and abundance of species) of rocky reefs at a local (Golfo Nuevo) and biogeographic (Patagonian coast) scales. The local scale study will allow to describe the temporal changes of the assemblies while with the biogeographic approach the spatial variability of the current benthic communities will be described on a larger scale. Finally, this information will be used to model and predict possible changes in the assemblies after an eventual event of increase in seawater temperature.

Macro-ecology in the rocky reefs of the Patagonian coast to investigate the spatio-temporal distribution of benthic species, community structure and trophic functions.