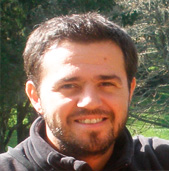 My research is focused on hormone receptors as targets of endocrine disruptors in marine gastropods. Endocrine disrupting chemicals are compounds that alter the normal functioning of the endocrine system of both humans and wildlife.
One of most relevant examples of environmental endocrine disruption in marine gastropods is the phenomenon of imposex, described as an irreversible syndrome in which a female develops male-type genital organs, such as the penis and vas deferens. Imposex is intimately associated with tributyltin (TBT) marine environmental pollution, used in marine antifouling paints. A considerable body of evidence indicates that TBT-induced imposex involves the abnormal modulation of the retinoid X receptor (RXR) signaling pathway. Our work is based on this hypothesis, including different species that present high and low sensitivity to imposex development.